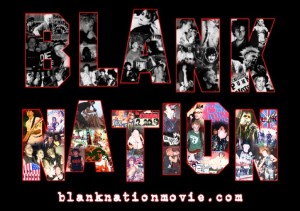 LOGLINE:
At 28, Nick may not love working for his tyrannical boss at an upstart music company, but getting smashed with his pals and going to punk rock concerts gets him by…that is until his girlfriend dumps for being a slacker. Nick realizes that if he wants to make something of himself – and get the girl – it’s now or never. He rallies his friends to covertly piggyback on his boss’s server, launching a revolutionary music movement and more importantly, for the first time, taking charge of his life. Based on a true story.

SYNOPSIS:
Hollywood, 1999: NICK is a creative punk of the “Why?” Generation but doesn’t have the drive to see his ideas through. He works for Korgan Digital, a tech-savvy firm run by an utterly evil wunderkind, MITCHELL KORGAN, who has made Korgan Digital into a powerhouse. The Napoleon complex in full effect, Mitchell savors intimidating his employees and dominating everyone he encounters. However, some of his employees have had enough of his attitude and prepare to launch a competing entertainment company from within his empire.

These employees, Nick, Brendan, Donna, Jessie and Sammy, are a renegade group of Hollywood punk rock kids who work the overnight shift. Nick is driven to succeed after his girlfriend Jessie, leaves him to follow pop-punk sellout band Spent. With the help of his fellow employees, Nick and friends use Korgan’s resources, adding their own creativity and guile to start BlankTV, an underground operation that aims to knock Korgan Digital off the top of the heap and restore indie/punk music to its roots, the people.

As BlankTV starts to grow, Nick and Donna start to move beyond the “friend zone.” But when it looks like things are finally going Nick’s way, Mitchell’s underhanded resources pull the rug out from under their feet. Now Nick must find a way to rescue his company, have his revenge, save the music, and get the girl – with a little help from punk rock, of course.